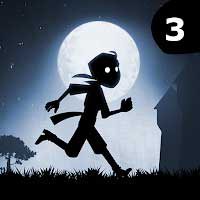 «Vive le Roi 3» is a puzzle and anticipation game, without chance or timing, based on mini puzzles to be solved by choosing the right ladder on each floor to reach the king and save him from his executioner.

Inspired by the concept of labyrinths, the originality of «Vive le Roi 3» is to be able to modify the state of the active elements of the levels according to your choices.

The levels are made up of numerous obstacles, such as doors, monsters, moving guards, tunnels… They are also made up of multicolored switches allowing to invert the states of the obstacles in order to clear a path.

Crowns are placed at the end of the level and the player will have to collect them in order to collect all the cards of the kings of France.

This brain game features 1000 levels to resolve, 5296 crowns to collect and 66 French kings to discover.

The third opus has a richer narrative thanks to the history of France told through the 66 cards to collect.

Unlike previous «Vive le Roi» or even Limbo-like, the gameplay is mostly based on logic and anticipation concepts. 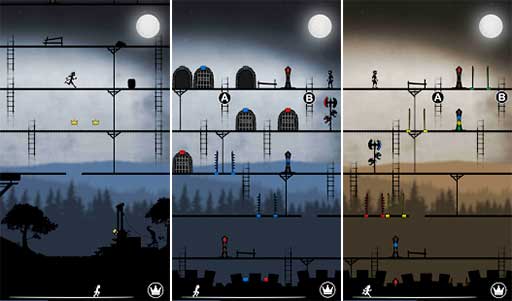